My basil flowered when I was in Hong Kong. I picked them as soon as I could but could not bring myself to compost them.  They were pretty and smelled lovely.  I looked online to see what could be done about them.  There were suggestions about storing them in oil, but the oil had to be heated and the jar heat sealed.  It all seemed like a lot of bother.  The talk of botulism scared me too.

One suggestion was to put them in a blender with olive oil then freeze them in an ice cube tray.  Unfortunately, I haven’t got an ice cube tray.  Plus, they were too pretty to blend – The purple and sweet basil had pink and white flowers respectively.  So in the end I followed a suggestion to store them in vinegar.  Apparently, the acidity kills the bacteria.  I haven’t tasted it yet – I’m waiting for comments to the effect of, “Yes, I’ve done that its safe,” rather than “No don’t do it.  I poisoned my grandma doing that!”  So, if you know that its okay, let me know and I’ll go ahead and use it…It does smell great and looks very attractive sitting in my kitchen 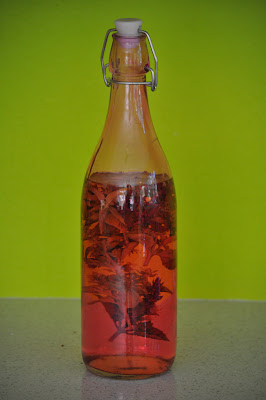 The rest of the basil is cut leaving about four inches of stem.  These will regenerate.  I like to wash and dry the herbs before I tie them up for drying.

At this point I consulted Al as to how to harvest the oregano and marjoram.  He said to just cut them at the base.  Next thing, he appeared at the fence with twine for me to use to hang them.

“I have another roll, you can keep that,” he said.  Bless him!  That’s just what he’s like.

I let the herbs dry in the afternoon sun after I had washed them. 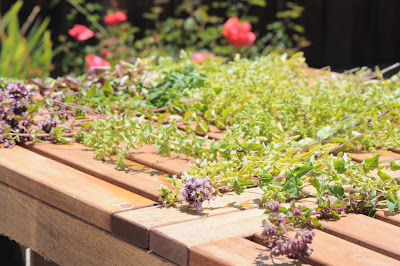 The bees were still buzzing around the flowers as they lay drying out.  I couldn’t blame them – they looked so pretty. 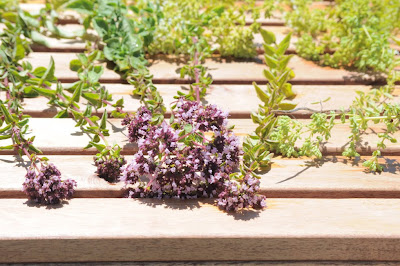 I picked a few of the chamomile flowers too – some had already gone to seed.  Maybe I could use them in my chamomile lawn? 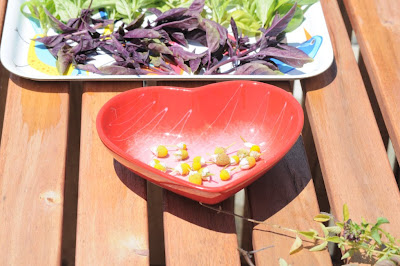 A table full of herbs – not bad for container gardening! 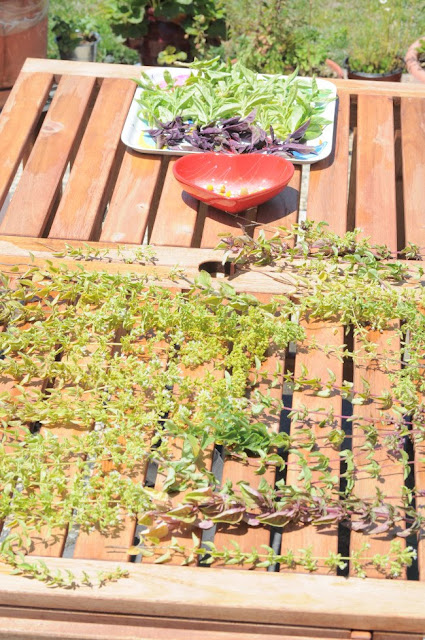 When the leaves had all dried out I simply strung them together with the twine and hung them up in my kitchen. 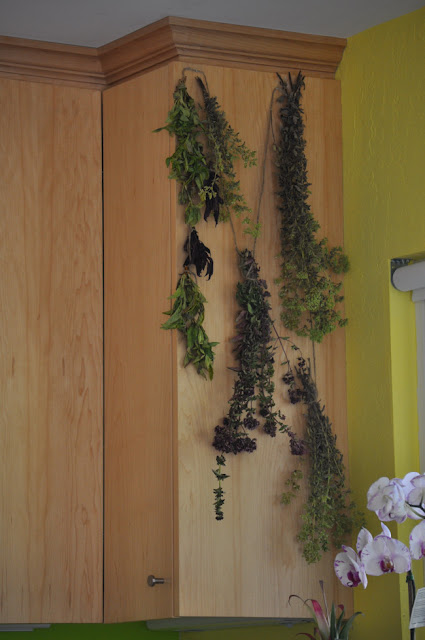 I chose the kitchen because I thought it looked good, and it definitely smelled good. 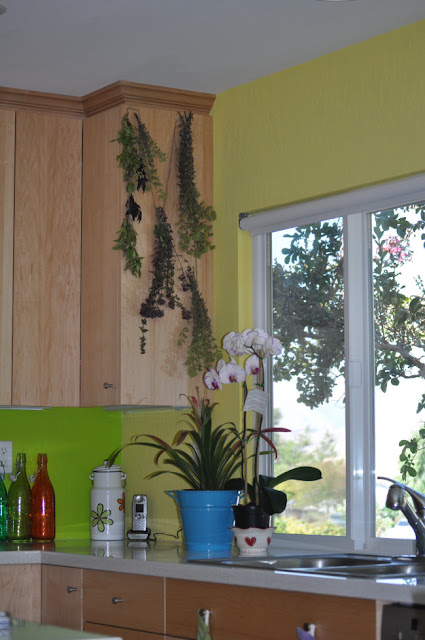 I still had some fresh basil that I hadn’t dried and I liked the idea of storing it frozen.  I also had chicken and fish that I needed to freeze, so I decided to make a marinade and freeze them in it.  Apart from the oil and salt, all the ingredients were from the garden – basil, garlic and lemon. 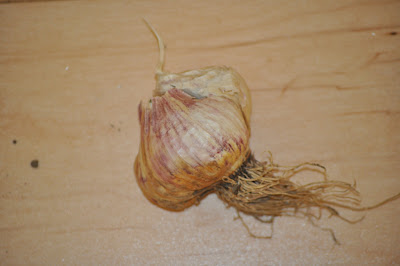 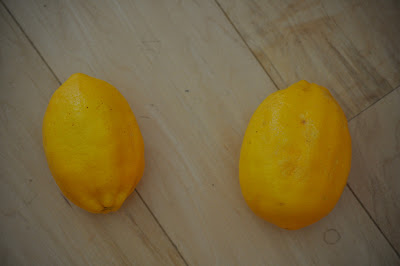 Maybe if I’d saved some of my sweat from my trip to Hong Kong I could have provided my own salt! 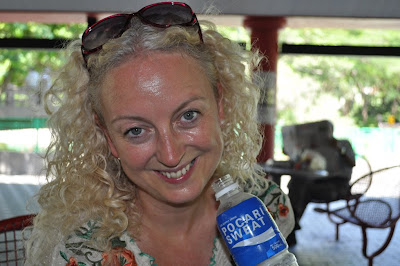 OK – Way to gross everyone out and not have them eat anything I ever make again.  I used bought salt – I promise…

So you put all the ingredients into a blender. 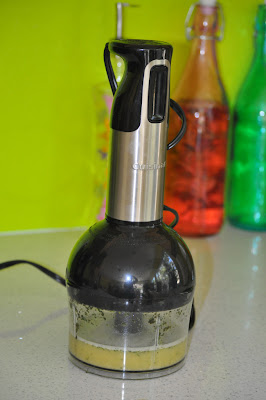 Cut the meat into playing card sized portions – that’s supposed to be 4oz of protein. Then cover with the marinade. 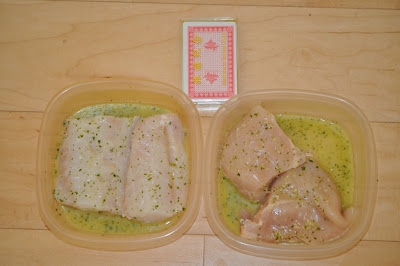 Put the lids on the boxes and pop them in the freezer. Defrost when you need them, and fry ’em up in a wee pan – yummy!

10 replies to Drying herbs – no sweat!