If the gardening season were a sentence, (like what was learned us in school) Springtime would be the capital-letter that starts the sentence, and winter is the full-stop (period to Americans) at the end.  Californian gardens have bad gardening grammar. There are three Springs – a small weird one when the rains come in the autumn and the grasses grow, the hills turning from golden to lush green – or as lush a green as an Irish lass who hasn’t been home in a while can remember.  After the hard Californian winter (snigger) there is another Spring that brings forth cool season veggies – that can happen any time from December to March.  Then there is the third Spring, when the soil temperature hits the magic number of 55F, and it time to rip out the winter veggies and put in the warm season veggies.  Except I didn’t quite do that, and now it seems I have perennial broccoli and kale (two types).

Instead of a full stop for winter, here we had a couple of nights of hard frost, really just a comma, where the garden briefly stopped for a breath, gave up its tomatoes, egg plants (I’ll use the American name because aubergine is harder to spell!), peppers and squashes, and then trundled on still growing stuff – lots of stuff.

Right now, I’m reading Animal, Vegetable, Miracle by Barbara Kingsolver.  This is a book that not just every American, but everyone who wants to eat tasty, nutritious food, should read.  Kingsolver discusses eating what’s in season.  She points out that the order in which food is in season is linked to the order in which the plant grows it. Hardly rocket science, but something I’ve never really noticed until it was pointed out.  Probably because we import foods out of season with that must-have-it-now attitude that modern society has engendered.  Never mind that the must-have-vegetable has lost much of its taste in being bred for appearance and longevity, and many of its nutrients have broken down as it travels the long journey to our plates from its exotic origin.

But if we eat what is grown locally, and therefore in season, it goes something like this:

The first food of the year is the tender leaves – lettuce, 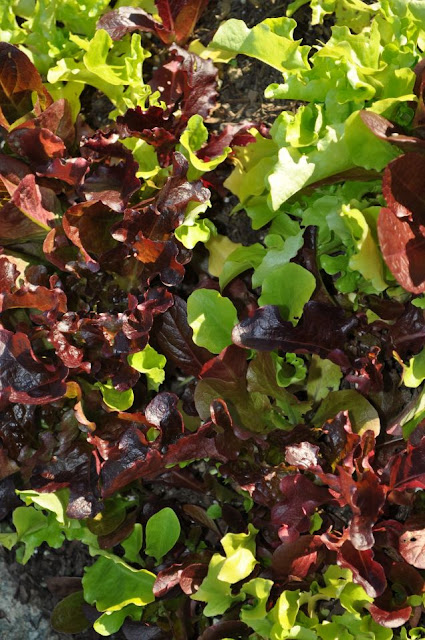 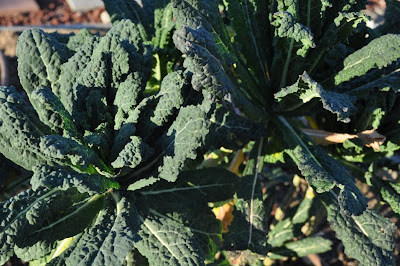 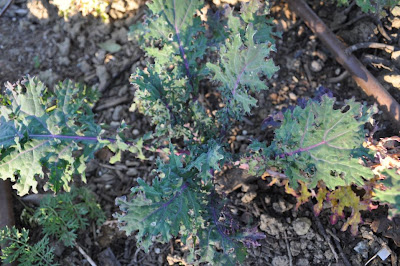 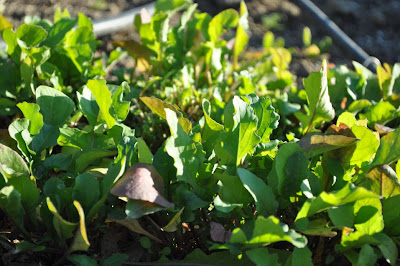 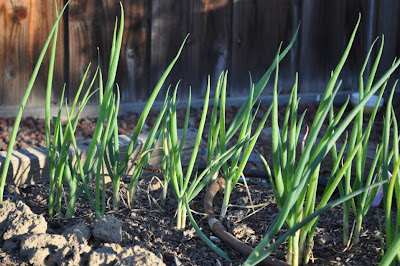 bok choi – minus the nibbles taken by the resident slugs… 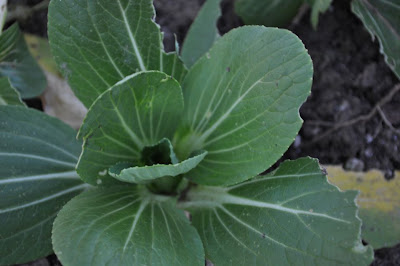 And there are also the new sprigs in the herb garden: 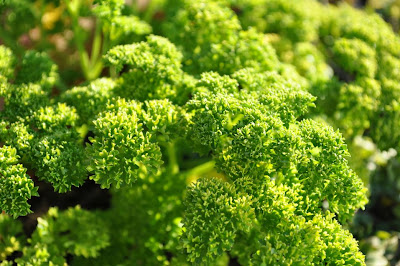 Coriander/Cilantro – could the purple tinge be indicative of a phosphorous deficiency? I was learning all about that in Master Gardener initial training today! 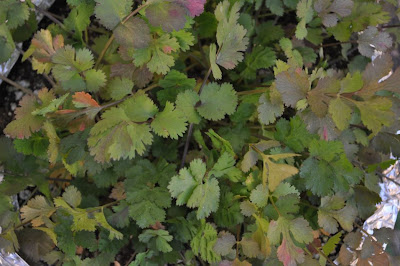 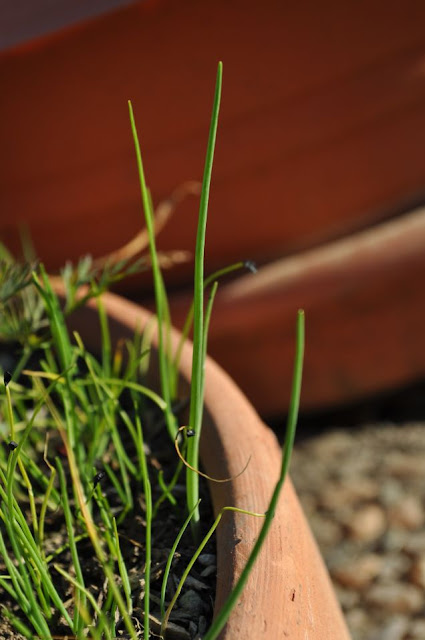 Then, as the late spring blends with early summer, you have flower buds like broccoli. 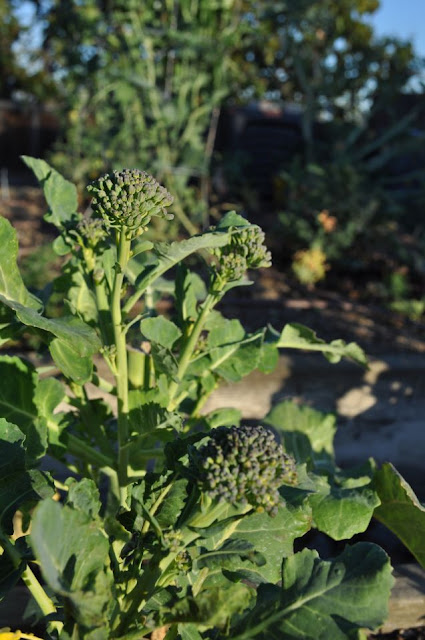 This is followed by flowers and fruit-set such as peas. 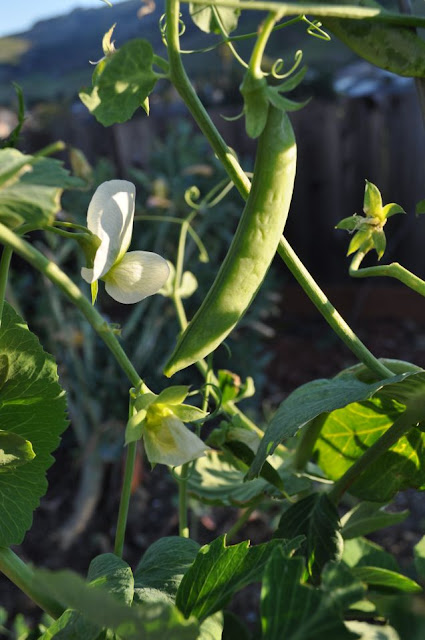 And speaking of fruit… though orange is a winter crop really, but I just had to show these off. They are delicious! 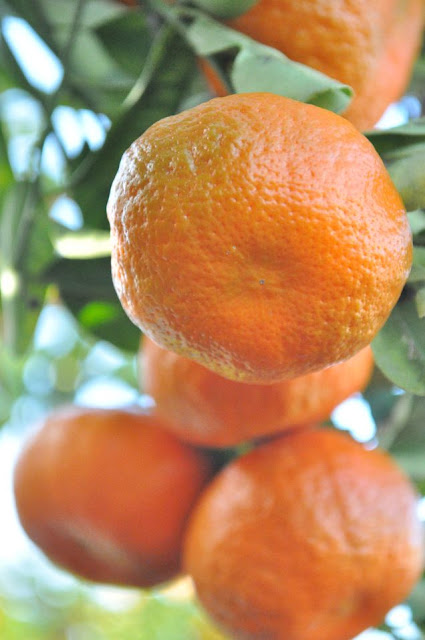 Late summer sees the deep reds of fruits like peppers… 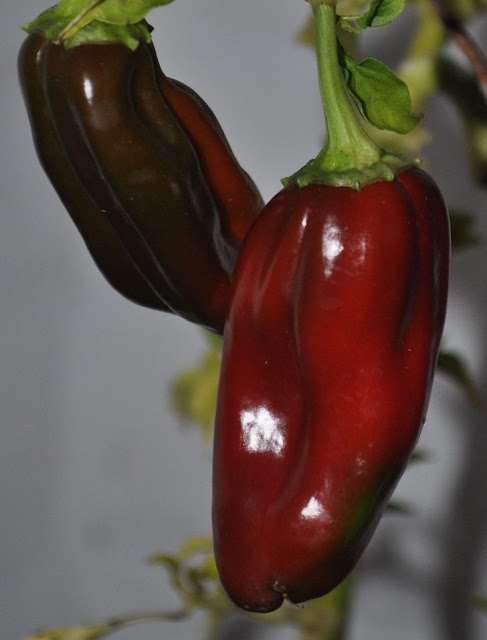 Before winter sets in, the plants store all their goodness in their roots – ready for next year…  Like these carrots snuggling into the soil. 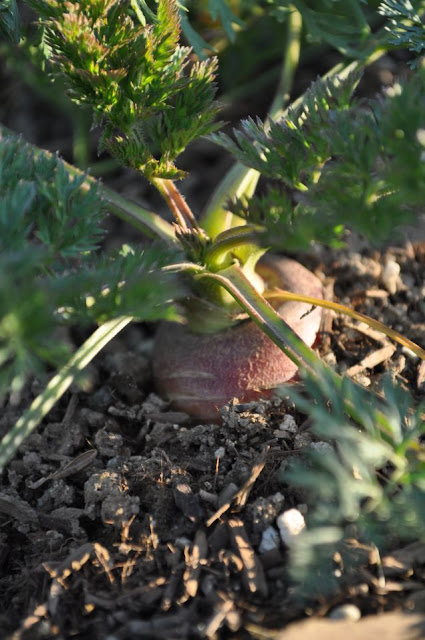 The turnips look as though they are peeking out, asking, “Are we nearly there yet?” 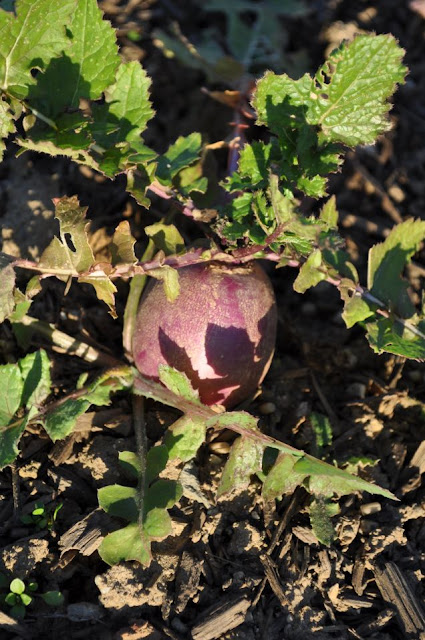 The most bizarre thing is that I took all these photographs in my garden TODAY!

Though I have to hold my hand up to cheating with the pepper. It’s in the sun-room and totally struggling!