A soft day is what the Irish call a very very damp fog or a mizzle, which is a cross between a mist and a drizzle. I’d been dreaming of a nice soaking fall of rain for the garden and was happy to wake up to a damp day today, although the skys are now clearing, and a few rays of sun are breaking through now. I never thought I’d ever worry about the lack of rain – certainly not when I lived in Ireland.

And tomorrow is New Years Eve! Wow, how quickly did that year go in? I feel like I only wrote my blog post reminiscing about childhood New Years celebrations yesterday.

I used to love watching the news round-up of the year at this time of year. I don’t seem to catch it here in the USA. Perhaps it’s not on the chosen 3 channels that I watch (out of the gazillion that are available  to me!) or maybe they just don’t do it here.

I remember we’d all be sitting watching the show and we ‘d see events that happened, say, the previous March and it would be like recognizing an old friend. We be saying to each other, “Oh yeah, I remember that airplane disaster,” or, “Oh, yes, I remember that bomb going off.” (Bear in mind that I grew up in the North of Ireland during the Troubles.) I don’t know why reminiscing together over even bad news brought on the warm and fuzzies. Perhaps it was that being young and with our family we felt a continuity and a part of something bigger when reviewing the year.

When I try to think of this year news-wize, I can’t get past the Earthquake in Japan last March. I know other huge things have happened but Japan wins the horror prize for 2011. And there is no warm feeling reviewing that. Perhaps it’s called growing up. I also know as soon as I post this I’ll remember another news item that shook me this year and I’ll be tempted to add it as a comment – we’ll see.

When I was a teenager (and into my twenties) I used to keep a wall calender, and at the end of each year I’d take it down and stash it in a shoe box, along with my diary and memorabilia,like concert tickets or a pebble from a beach I’d been to. I’d write down something personal from each month that stuck with me and paste it to the lid of the box before squirreling it away in the attic.

So for 2011 here’s my twelve highlighted memories.

Jan – I started my Master Gardener Training
Feb – I tiled my backdoorstep (Granted not an exciting highlight but a satisfying one-off event)
Mar – Got stuck in the snow on the way home from skiing in Tahoe
April – Easter – we had a bunch of friends for lunch and a egg/treasure hunt, though the friends were really the treasure.
May- Graduating Master Gardeners
June – Trip to Ireland (technically this began in May but ended in June)
July – Trip to California’s North coast
Aug – An encounter with a black widow spider in the garden shed
Sep – Started to put together my new business – Eco Gardening Coach
Oct – Another visit with my family in Ireland
Nov – Wedding in Hong Kong
Dec – Launched the new business, the website and facebook page! 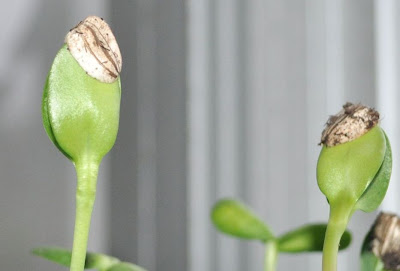 It’s all to play for and a fresh new start.

I hope you have a Happy New Year and if your dreams don’t come true in 2012, I hope it takes you closer to fulfilling them.