Be prepared – this is going to be a rant! We have been invaded by ground squirrels and they are eating EVERYTHING!

As we moved out of April and into May the garden thrived. The application and armatic torture of applying copious amounts of manure, blood meal, worm poop and fish emulsion (phew -that really stunk!) had paid of  with large leafy happy vegetables. There was an abundance of lady bugs and I felt that my Integrated Pest Management had really kicked in. Sure, I’d suffered the loss of a crop of lettuce to a cheeky squirrel, but at that stage I considered it a small loss since the lettuce was done anyway.
During May and into June the Collard greens grew huge leaves replacing the ones I harvested on a daily basis. The broccoli, usually a winter crop, grew waist-high promising a big harvest when it came time to bloom. Chard was prolific too, and we ate greens every day.

But by the end of June things began to disappear. From a distance the garden looks lovely. 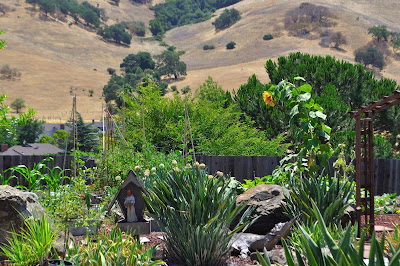 For the first time ever our gogi berry have fruited – delicious tiny fruits, which were the super-fruit du jour back three years ago when I bought the tiny little seedlings…now I believe something has claimed the super-friut crown. (Acacia berry maybe?) 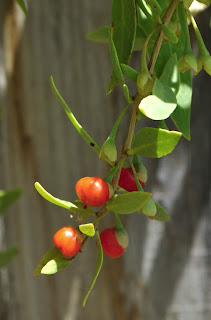 My mammoth sunflowers are living up to their name too. This one is at least twelve feet tall, the flower 10 inches in diameter! 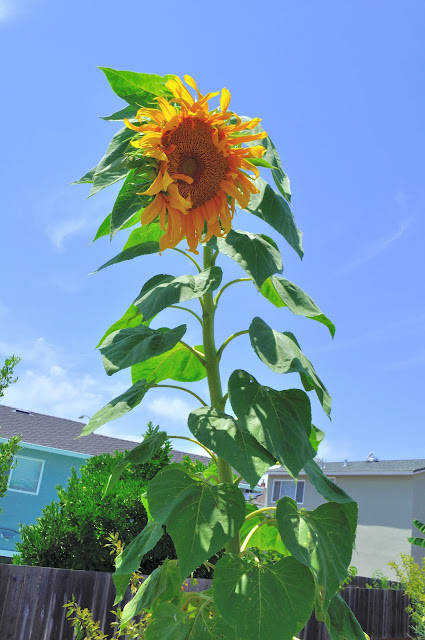 But the squirrels have gone to town on the chard… 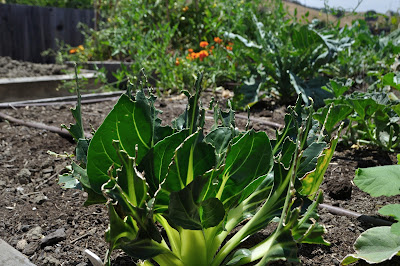 and the collard greens… 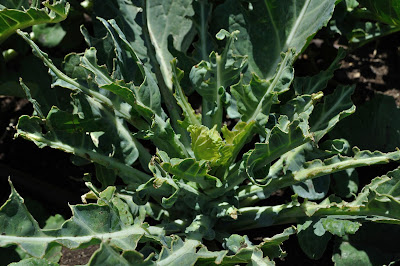 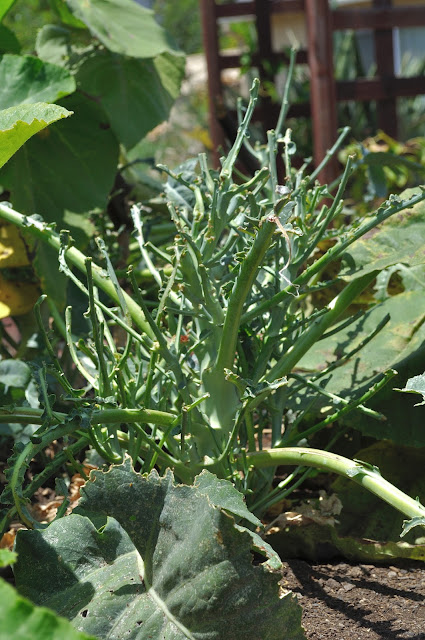 They hit the zucchini (courgettes)  too.. 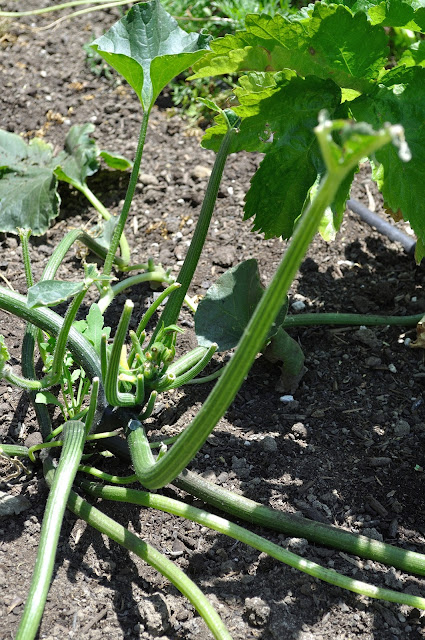 I despaired of ever getting beans this summer… 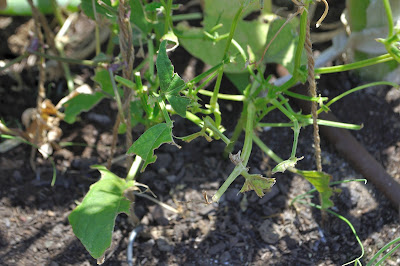 But a few tendrils did make it high enough to escape the foraging of the ground squirrel – obviously they are not as good at climbing as their tree-squirrel cousins. 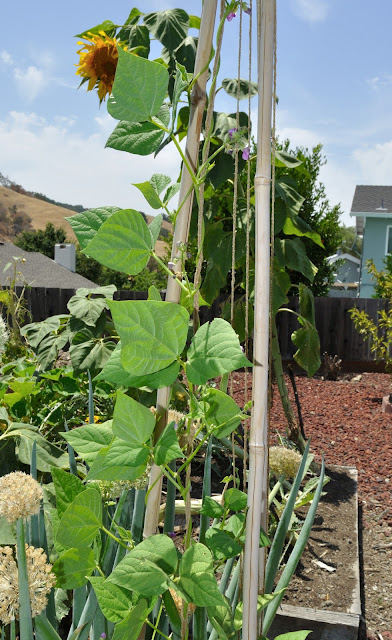 So I’m hoping to get some beans now.

So what to do?

According to the IPM site at UC Davis, trapping  and killing them is the only way.  I find that hard to stomach… though that is changing.

Disrupting scents like cayenne pepper, and putting dog hair at the opening of the burrows (the neighbors are donating their vacuum bags!) may help. The squirrels are scared of the smell of the dog, one of their natural predators. I’ve also read about using ammonia rags at burrow openings, placing lights onto the burrow and playing music near them to deter them.

Right now I feel like I have lost, not just the battle, but also the war on squirrels! Saying that, we are right in the middle of a heat wave and motivation to do anything in the yard is at an all time low. Perhaps my next blog will report the outcome of some of these methods…and the heat wave is most welcome while I’m still solarizing my lawn.

2 replies to Not so cute anymore!