Finally the temperatures have dropped and the rain has arrived here.

I took a short video clip of the rain to capture the movement. It looked like sparkles falling from the sky as the sun was trying to shine at the same time. What has happened to me? What have I become? The California drought has changed me from being someone who hated the rain, to the person who now videos it. It just goes to show, you really need to be careful what you wish for.

Now I’ve successfully uploaded one video,  I may continue to explore this medium in future posts.

It’s hard to beat a nice photo though.The leaves have turned a beautiful array of gold through copper. 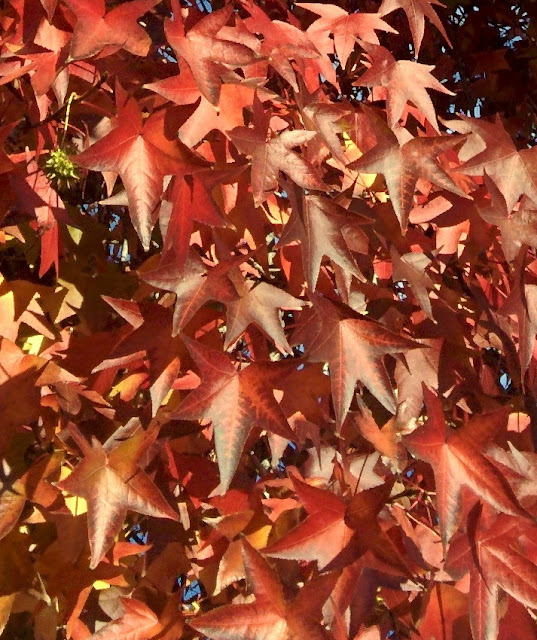 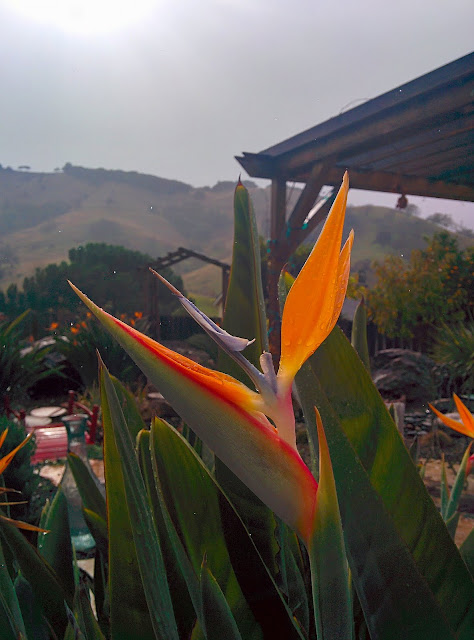 I’ve had the first oranges of the season – so good! 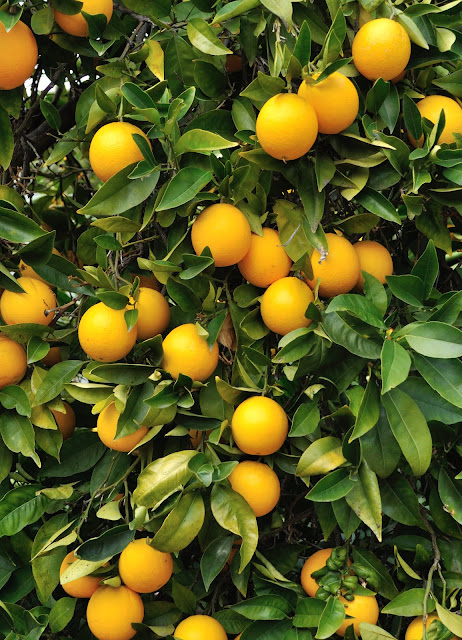 The lemons are maturing too. 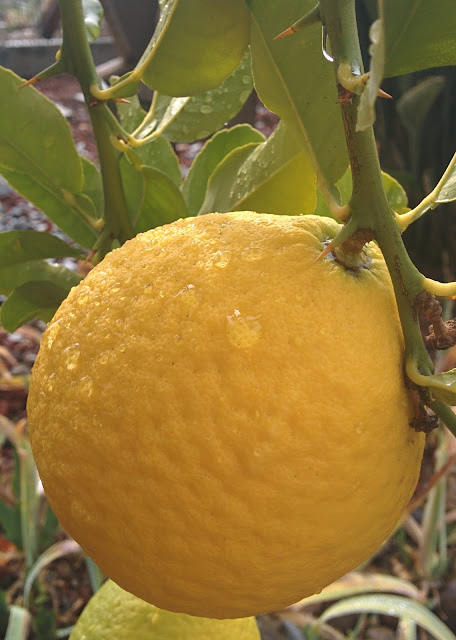 Non-natives, like this lavender, are often confused and put out new buds alongside blooming flowers and seed-heads. 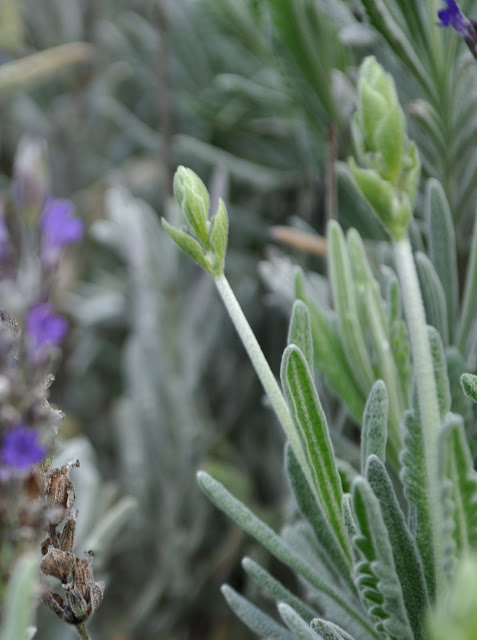 In the native garden, the California Fushia brings a welcome splash of scarlet. 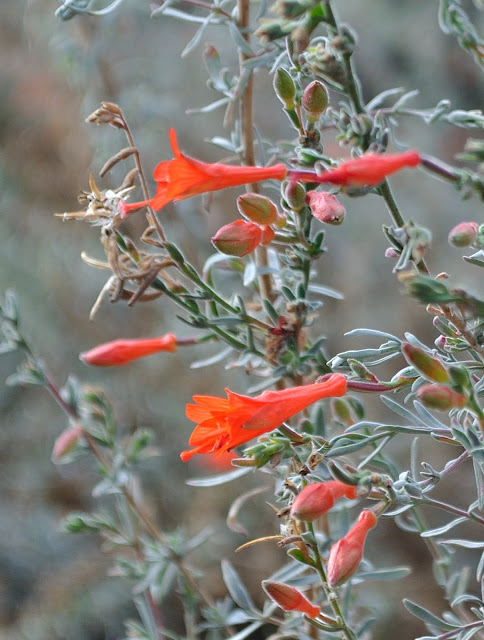 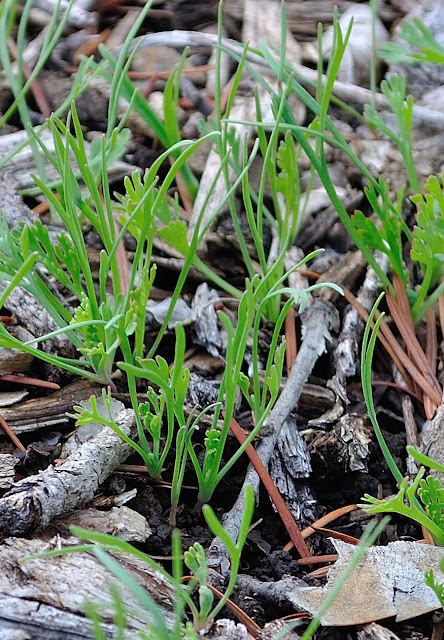 On the non-native side, daisies have self-seeded and germinated where I cleared the dead ones out from last year. Such tiny delicate little dicotyledons – it’s a wonder that they even survive. 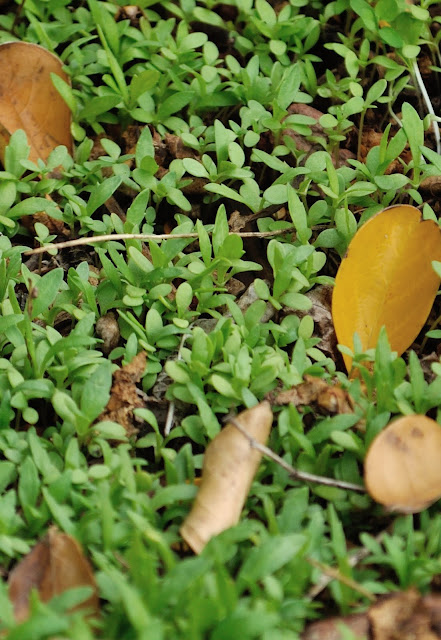 Even though I’m not actually planting vegetables this winter, the onions have taken matters into their own hands. Can you see the little black seed-coat hanging on before the stem straightens and shrugs it off? 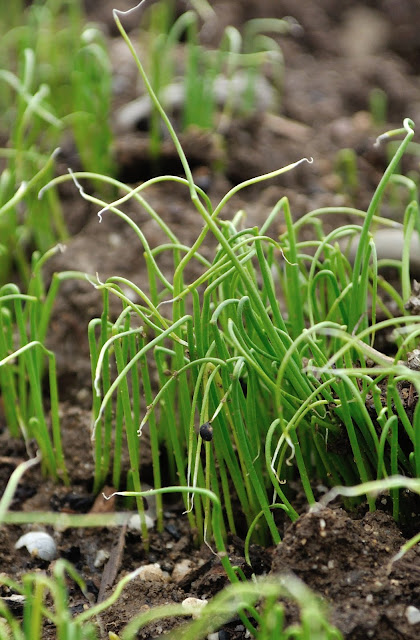 The daffodils are up, signalling the end of winter even before I feel like it has fully begun. Oh, the joys of a California garden. 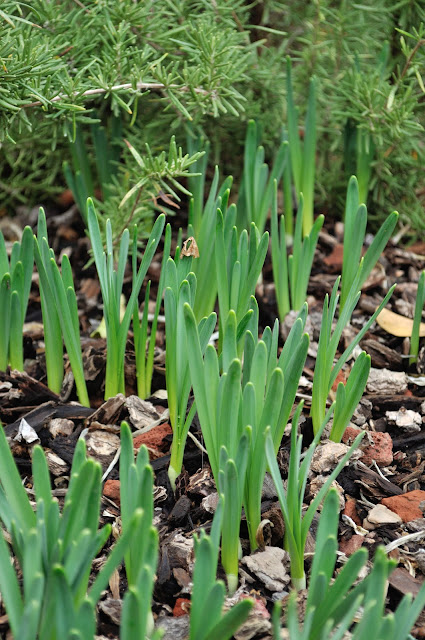 But California gardens come with some downsides too…

I had a spectacular Stephen King moment. I was clearing out old zucchini leaves. They were grey and brittle skeletons, nothing like the lush green plant that had fed us all summer. The whole plant came away in a scratchy crackle with one snip at the stem. The root would compost in place over winter. Underneath where the leaves had lain, I saw a tailless lizard with vivid blue specks up either side of his body. It’s late for these guys to be out, and so cold I wondered if he’d move at all. I wasn’t surprised that he lay there motionless looking up at me. Was he dead? I wondered…

I picked him up gently in my gloved hands. His body, just a few inches long, seemed rigid and quite light. Maybe he was dead. Yes, he should be – he had an arm missing. I set him down.

Then I saw him move. A ripple in his neck and another one under his skin. He was breathing. I peered closer. A little “head” popped out of a hole right where his ear should be (if lizards have ears in the same place as humans!) Another blunt white nub popped out of the hole made by his missing forearm. He was full of wriggling maggots, all trying to escape the home they had made in his body now that some giant monster (me!) had disturbed him.

I watched in horrified fascination as one by one, a half dozen of them squirmed their way to freedom and sought refuge under the nearby stones. I decided not to take a picture – there are some things you just shouldn’t share visually.

California gardens – it’s all fun and games until somebody gets their ear poked out!