When little cotyledons (first leaves) punch through the soil and unfurl to soak up the sun, I get a thrill from knowing that I turned a dormant seed into a living thing.  Well, oxygen, water and a little heat did, but I facilitated those conditions.

It has been even more satisfying to grow those seeds into a plant that has blossomed and produced more seeds.  As I harvested seeds and replanted them, I hardly dared believe that they would germinate.  It seems naff to call such a gentle process as germination exhilarating, but the success of my second generation seedlings has me on a high.

Many times a gardener is actually annoyed when a plant goes to seed.  Bolting lettuce means that the leaves turn bitter as their goodness (and sweetness) is diverted to seed making.  Producing seed is the plant’s ultimate goal, and we gardeners often try to prolong the life of many of our plants by dead heading them to stop this process and channel the plant’s life force back to blossom or root storage.

Around this time last year, I inadvertently bought and planted heirloom broccoli seeds.  At the time I didn’t know what “heirloom” meant. During my Saturday morning classes, last year, I learned that heirlooms were a good thing.  If you saved the seeds from an heirloom plant they tended to grow plants very true to the type of the parent plants as opposed to hybrid seeds, most often used in agriculture, and which do not produce offspring true to the characteristics of the plant they came from.  So in summary – Heirloom = good seeds, non-heirloom or hybrid = not so good seeds.

If a seed is a heirloom seed, it will have heirloom written on the packet.

So, back to the broccoli; I started with twelve seeds and they all germinated. They grew really well and produced very tasty broccoli right through from about last January.    The  plants grew huge – nearly 7 feet high when I finally cut them down last week.

During the summer, we had to spend a few weeks in Hong Kong, and  by the time we got home many of the non-harvested broccoli florets had begun to blossom. 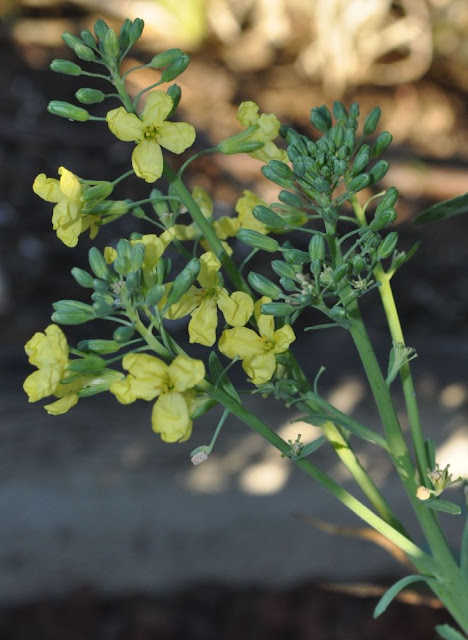 Normally, I would pick this then compost it, but I decided to let it grow into seeds.  In the meantime, I planted more seeds, from the packet, in another of my raised beds so that I would have broccoli when these were done.

Seed pods formed slowly but surely. It required patience and the ability to turn a blind eye to an unkempt look to this part of the garden.  But eventually there seemed to be seeds in the knobbly pods. 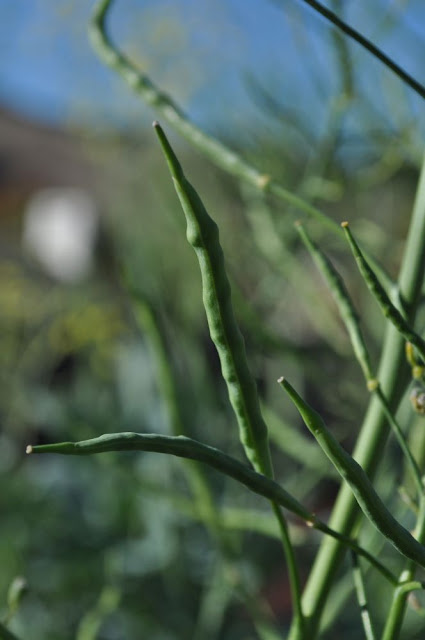 I cut the broccoli down and stored it somewhere dry to allow the seeds to draw the last of the goodness from the plant while they matured and and the pods dried out. 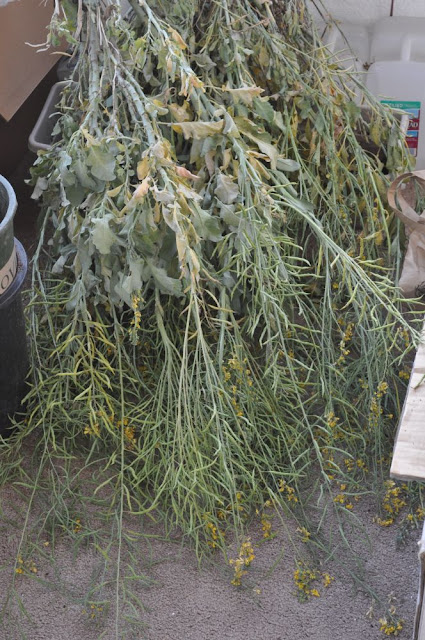 Once the seed pods start to dry out, it is best to put them into brown paper bags.  This way, if the pods splits and the seeds are spilled, you can catch them in the bottom of the bag.  I did this for all my seeds and labeled the bags (with the original seed packet if possible, so you can identify them and you have the planting instructions too.) By fortunate coincidence, my lettuce and arugula are also heirloom seeds, again bought before I knew what that meant. 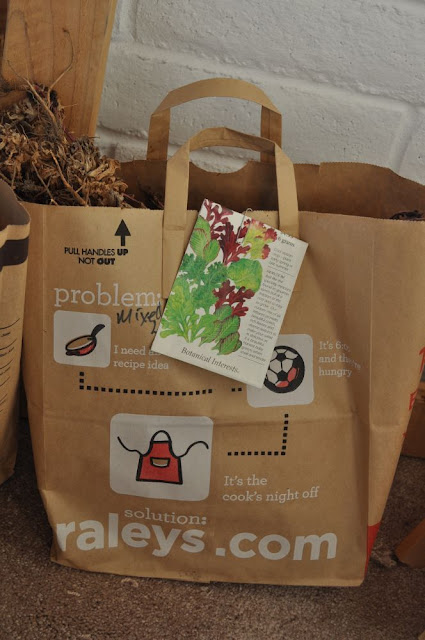 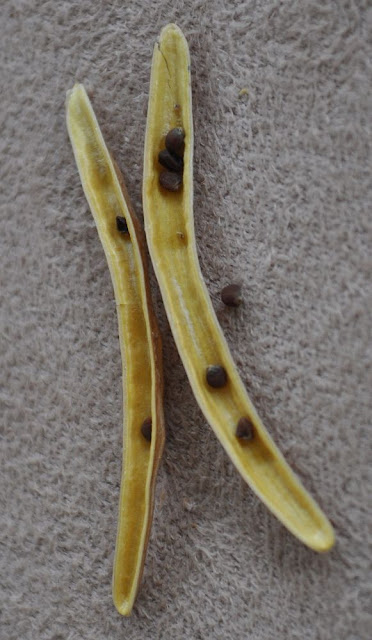 As are many of the seeds that plants produce. Here are some arugula seed pods. 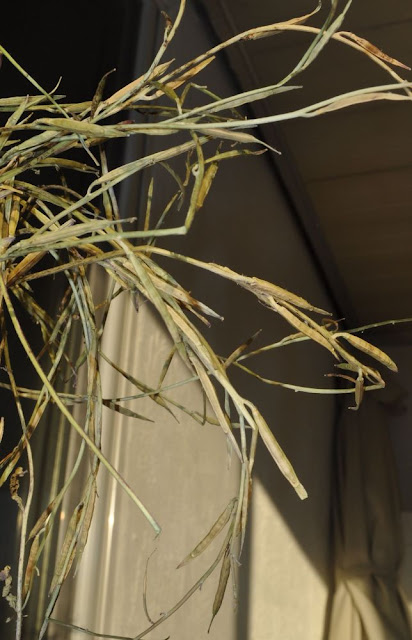 The lettuce seeds were more like dandelion seeds, wind dispersed. 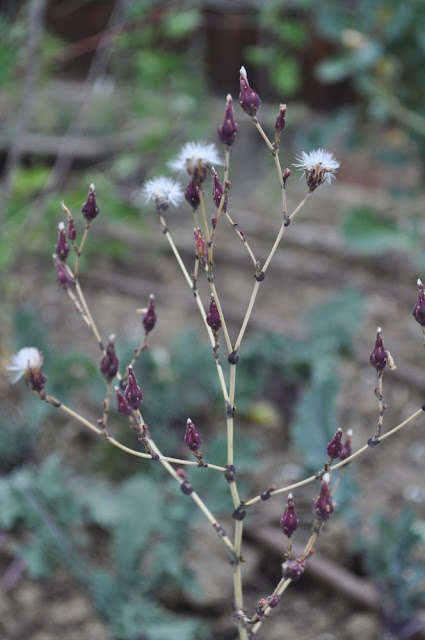 The lettuce seeds are tiny – each with their own little parachute. 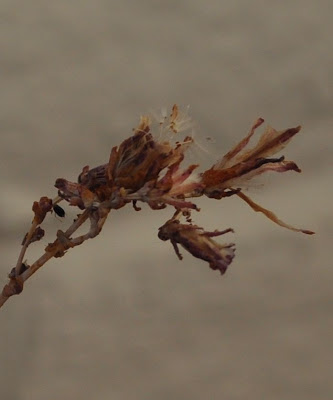 So, I also had bunching onions in my garden which I had gotten as seedlings.  They flowered with big white showy blossoms. 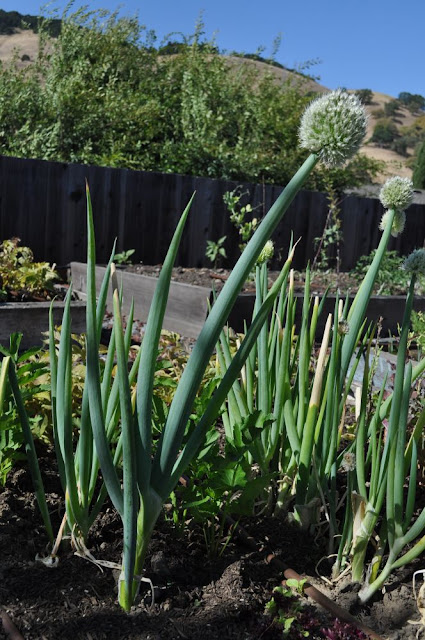 As the flowers died back, I gathered up the dried heads and saw they contained little black seeds. 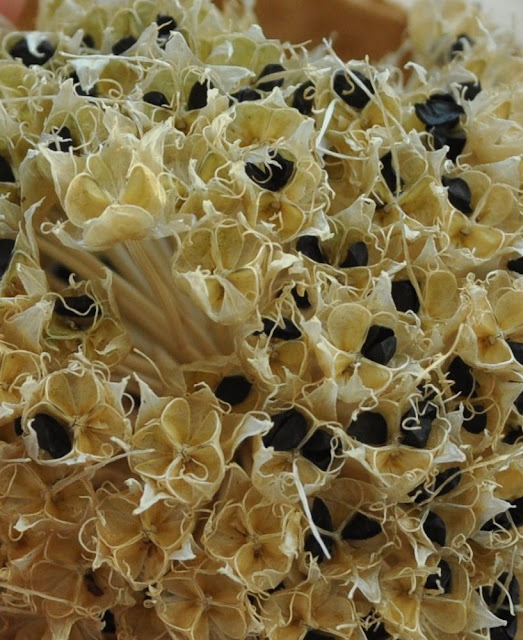 We are still eating all other parts of these onions – the slightly bulbed root, the white stem and the green leaves.  Flowering did not seem to diminish the tase at all.  Even though these weren’t described as “heirloom” I decided to plant them anyways.  What did I have to loose? It was another of my garden “experiments”.

Likewise, my sweetpea blossomed gloriously in the early summer, and I allowed a couple of plants to go to seed, even though these are not heirloom either. 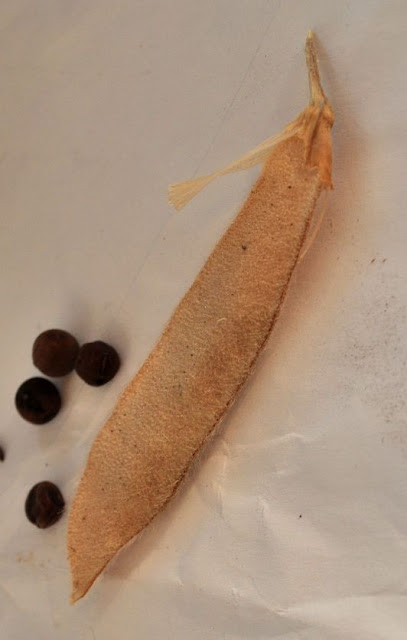 I gathered the little non-edible seed – how ironic is it that the variety you don’t eat is the one that sounds tastiest?

Some basic rules about seed saving and germination

So, I planted all my seeds and hey-presto, they all germinated – even the non heirlooms (though they still may not blossom nor bear fruit ). 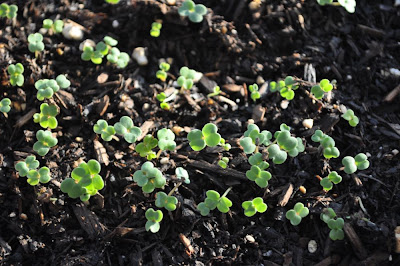 The mixed leaf lettuce, where you can see two different types of cotyledons: 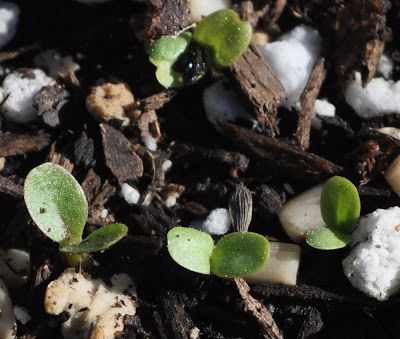 And just look at those broccoli grow: 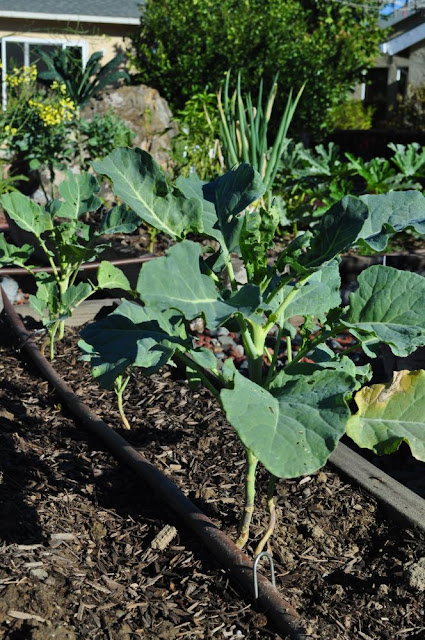 Even the non-heirloom seeds have come up, and we’ve been harvesting the onions and using them like scallions – they taste great! 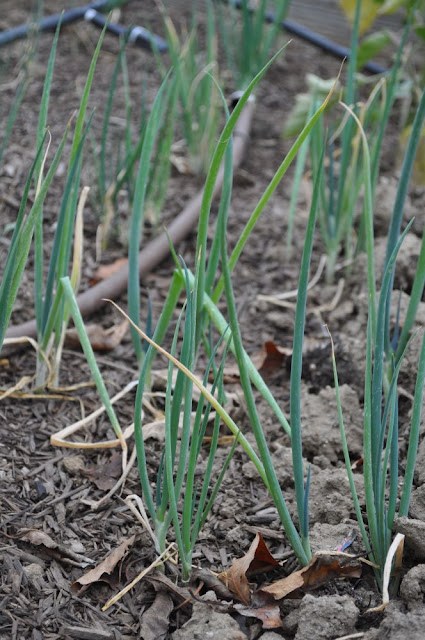 I’m still hoping that the sweetpea will blossom . 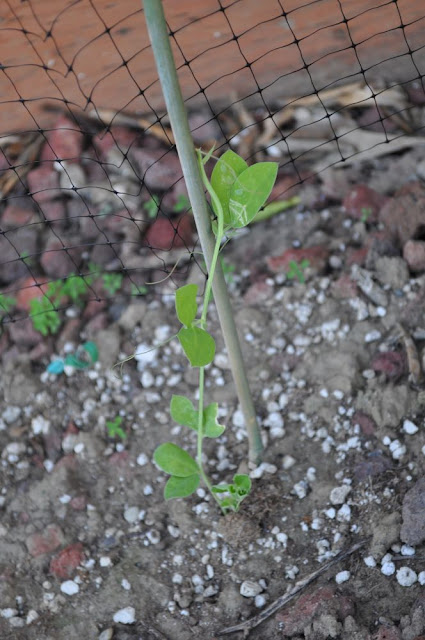 Even if they don’t I haven’t lost anything by trying it.

That’s the beauty of seed saving (especially heirlooms) – it saves you having to buy seeds every season and it means that the big seed companies and the government aren’t the only ones with seeds.

In addition to this using heirloom seeds perserved genetic diversity amongst the vegetables and tend to taste better.  Heirlooms are typically better adapted to growing where they having been growing for some time and are thus more disease resistant, tolerate local weather conditions and repel local pests better.

It makes me feel weirdly attached to these little “children” of the plants that I grew.  It’s great to see them growing happily in my garden, and I can’t wait to eat ’em

6 replies to Seeding is believing