On this day last year, I started this blog.  I sent the link to all the people in my address book and hoped someone would read it.  It was, and still is, such a thrill to get comments and followers.  As I became more fluent in the World of Blog, I discovered that I could keep track of how many times a blog page was viewed (hits) and where in the world it was read. I love looking at the list of countries where people are reading my blog from – far flung places like Pakistan and Argentina.  Places where I have no connections, and yet someone has stumbled across the thoughts I have committed to words.  It’s the magic of modern communications.

To mark this auspicious occasion, I decided to have a look at what was written last year and give some kind of an update.  This first post, and so much of my blog, discusses slugs, so following a discussion with fellow Master Gardener Trainees about slugs preferring expensive beer, I decided to carry out an experiment.

At the end of January, I planted seeds that I had saved from last years mixed leaf lettuce crop.  In a few days the ground was carpeted with tiny dicotyledons – the new lettuce crop.  But before I could even say “slimeballs”, the very next morning, each and every one was gone. Many expletives later, I decided to replant and make sure I had killed as many slugs as possible.  I was pulling out all the big guns, Sluggo, the squishing stick, beer and even wine… 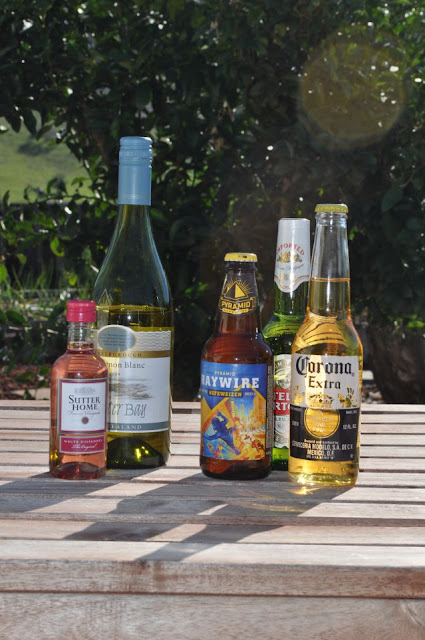 No, I wasn’t about to drown my sorrows – just my slugs.  I put each drink into a similarly sized pot with the same diameters, set them in the soil, and labeled them A-E (just in case the slugs could read – got to keep it a fair test!) 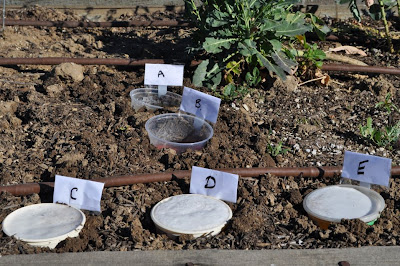 Bet you can’t guess which ones are the beer.

I left them out over night and came back the next morning and there was nothing, nada, not one slug!  In fairness, I had blanketed the garden in Sluggo, but last year I did that and still caught the slugs in the beer.  The beer was the same as last year too – well at least one of them was.  Two nights in  row and still no slugs at all. I was completely baffeled.

I went back to the crime scene with my camera to see if I could gather any more clues, wearing none other than my CSI Belfast Tee-shirt – bought for me by my friend Laura who came to stay during the summer and couldn’t get over how much CSI, Criminal minds, Bones and other crime shows we watch – basically, if someone doesn’t die in the first three minutes of a show, its not worth watching, and that includes House! 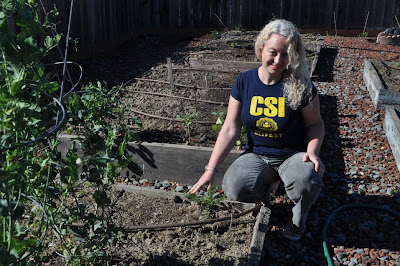 Upon closer examination, I discovered that the newly germinated seeds had not just been chewed down but that they had been uprooted – as in pulled out. You can see at least four shinny white stalks here. 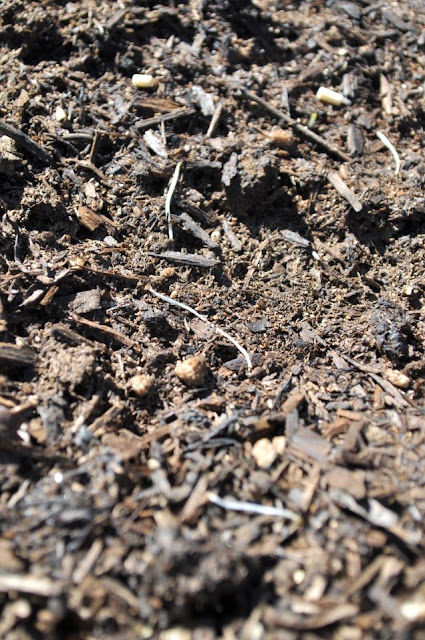 And a closer look … 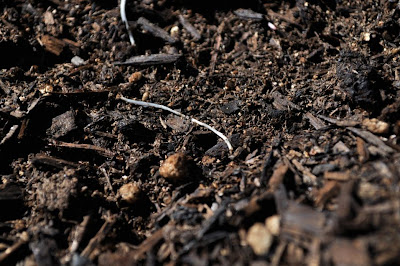 I can only draw one of two conclusions here…

Number 1
The slugs have mutated and grown arms with which to pull up the plants before they eat them and to enable them to climb out of beer pots after having a good old drink.

Number 2
It wasn’t the slugs at all!  So, if it wasn’t them, who else could carry out such a precision task?  The birds perhaps?

It seems that my fight against one garden mafia family, whilst successful, has only left room for another more sinister crime syndicate. 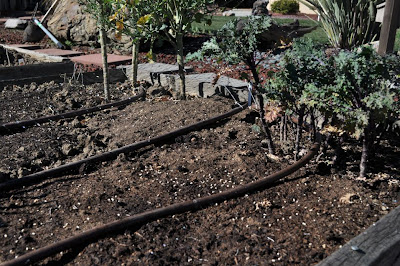 And not to be too despondent about things, I have a lovely crop of scallions from saved seed coming up – slug and bird free. 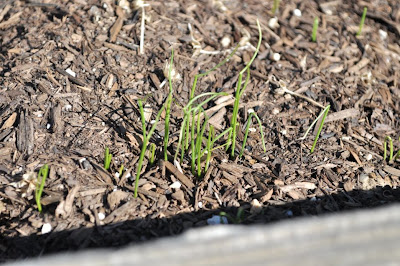 And the bulb garden that I planted last autumn is now blossoming. 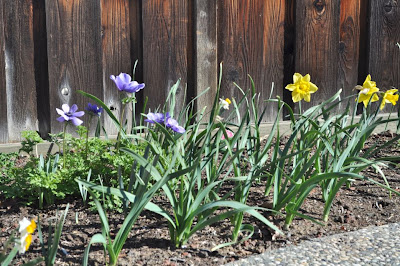 Also, the Almond tree is in full bloom. 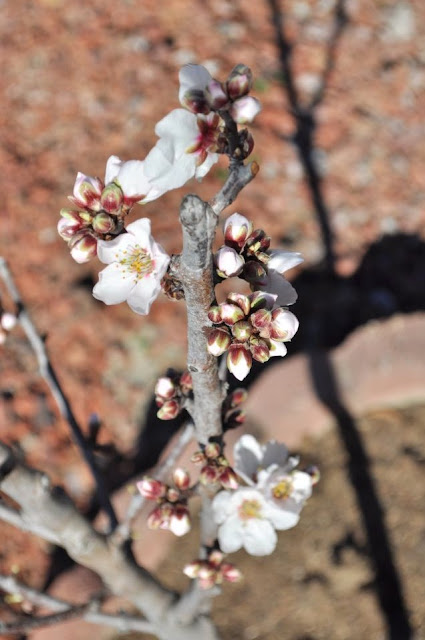 So despite the little upsets, the garden always gives back nice surprises too.