I wrote most of this while taking a train in Paris, the same day that the Parson’s Green explosion happened.

Stylistically, it’s written as a stream of consciousness, and in present tense – a little different perhaps to what you are used to reading here, but bear with me… 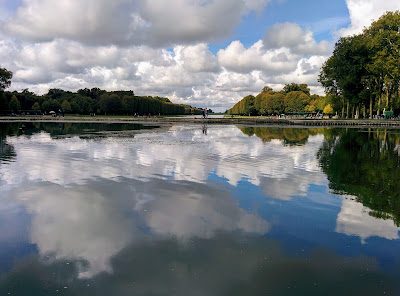 I look around and imagine that the tube in London might have looked much like this – different languages, different accents maybe, but in a big cosmopolitan city such as these two – maybe not. In this carriage packed full of faceless strangers, I remind myself that everyone here is an individual, someone with a story, a life, in the same way those people in Parson Green were. In fact, it’s hard to think about it when I apply it to the millions affected by the other news stories this week, those in far-off places like Myanmar and Syria affected by violence dished out by other humans and those in the Carribean Region and Central America suffering from nature’s violence. All strangers – all humans.

If a bomb went off right now in our carriage what fabric of humanity would be torn? And if I had to make a run for it or was injured which of these people would cease to be strangers?

Who would help me?

Fear licks through me, pushed away by that ever-comforting “It will never happen to me.” But it has happened to someone – lots of someones. This fear is what the bad guys want us to feel.

I scan the carriage to read the faces around me and let my imagine roll, concocting stories and scenarios:

That really tall guy, head and shoulders above everyone else has a birds-eye view of the carriage. Would he see an “incident” first?

Not the man opposite me whose pale skin is tinged with mauve beneath his eyes and almost indigo where his nose scoops out the skin from between his eye sockets. I fasten my gaze on his hands, nicely shaped with man-appropriate manicured nails. He wears a ring – like a college ring you see guys in the movies wearing. It’s silver with a big blue stone – maybe a sapphire. I’m a bit mesmerized by it.
I’m too uneasy to look at the guy right beside me in case he catches my eye. That would be embarrassing. I can smell his body odor – sweaty and a bit fusty, but I’ve smelt worse on the metro. I let my mind skip over it as my nose grows blind.
The tall man speaks kindly (I see it in his eyes) to a very small woman in her late twenties standing next to him. The height difference is comical, the top of her head level with his armpit. She engages another young woman, sitting down in front of her, in the conversation. Evidently, the two are friends, but have they just met the tall guy?
Sapphire ring guy dons sunglasses. Has he read my mind about how I view his tired his eyes? I now notice that the pinkie nail on his left hand, the one not wearing the ring, is stained browny-orange – iodine perhaps? Maybe he is in the medical profession. It explains the exhaustion slung across his face. Despite his fatigue then he’d be a good help, I reckon if the bad thing that is never going to happen happens.
Three stops on and it’s clear most of us are here for the long haul, airport or the suburbs. It’s like two extremes…the suburbs, humdrum, mundane, dreary…the airport, exciting, ripe with adventure.
People are relaxing now. Armpit-height girl is singing. She laughs with her friend. They get off at the next stop as does the tall guy. So they were friends all along, or else he’s really spontaneous!
A little girl and a man, her dad I guess, get on and she sits diagonally opposite me. She’s about 7 and dead cute with black braids that jut out at angles not long enough yet to all hang the same direction. Her pale pink sweater with a heart outlined in pink sequins suits her skin, the color of a roasted coffee bean. She glows. Her eyes twinkle as she takes in her surroundings making tentative eye contact with me. I smile. She seems to think about returning it then turns away. She sucks her thumb and twiddles with a braid with her other hand, her wee arms cross in front of her like a protective cage.
Sapphire-ring man gets off.

Pink-sweater girl slides into his seat and her dad sits beside her. Her reward is a cuddle then she goes back to thumb sucking and twiddling while he takes out his phone and dives in.

The carriage empties as we click through the suburbs. When pink-sweater girl and her Dad leave, I almost miss them.
I’m still sitting beside the same guy who’s been here since Chatelet, but I still don’t want to look at him, be caught studying him. He sets his puma bag on the seat across from us. It’s shabby and mended with red thread, the perfect bag for a bomb. Or is it? Perhaps this is a much-loved bag, hence the mend. Maybe he does not want to blow it up. Maybe like my red rucksack, he’s had many happy adventures with it. He takes it with him, thank God.
Now a guy with a yellow card walks through the carriage and places the card on the seat beside me. In French, it tells me he’s poor, hungry, down on his luck, he wants money… I’m guessing. I don’t read it. I’m pretty sure it’s not something like Saturday’s lotto numbers or which shares to buy on the stock market. He swings back to collect it. I feel ashamed of myself for not helping him, not even acknowledging him. I don’t have any cash and even if I did… maybe, maybe not. He picks the card up and moves on.
In 20 seats there’s only three of us now and one stop left. No point anyone blowing up the train now…casualty count would be too low. If I were a terrorist, I wouldn’t bother, then again I would hate to live in a world where I was a terrorist, you know, with my evil mind. Though it comes in handy when I’m putting together plots for books! 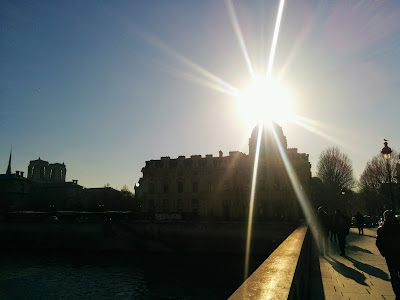 As I leave the train, I realize I’m not scared, nor ever was, really. I was curious. My mind pondered the “what ifs” but my heart rate stayed steady and my mind rational. I didn’t really suspect anyone, nor blame anyone, nor hate anyone.

Many have been injured today and many more have justifiably been frightened today. [Referring to the day of the Parsons Green bomb -by the time I get this published it will be in the past.] I hope for the speedy recovery of those hurt one way or another. But I don’t have to be scared, not at this moment in time or space. There is no point in being scared. I refuse to let the rot spread – that rot of fear, hatred and violence that was planted on a train in London.

I threatened to get scared, in fact when I stared at the mended puma bag it was threat level “critical” but fear didn’t get me. I pulled out of that skid safely and now I feel victorious.

We all have our stories – let’s write them without prejudice, hatred or fear. Let’s show our humanness. 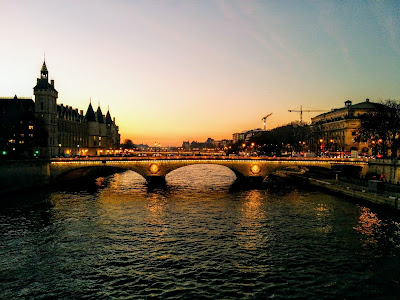